The Japanese yen was higher against its major counterparts in the Asian session on Friday, as recession fears intensified following a data showing a contraction in U.S. economic growth for a second straight quarter.

At the Politburo meeting, China's top leaders failed to mention the full-year GDP growth target and instead said that the country will try hard to achieve the best possible results this year.

Data from the Ministry of Economy, Trade and Industry showed that Japan industrial output was up a seasonally adjusted 8.9 percent on month in June.

That beat forecasts for an increase of 3.7 percent following the 7.5 percent contraction in May.

Looking ahead, U.K. mortgage approvals for June, German jobless rate for July and Eurozone flash GDP data for the second quarter and flash inflation data for July are due in the European session.

Canada GDP data for May, U.S. personal income and spending data for June and University of Michigan's final consumer sentiment index for July are set for release in the New York session. 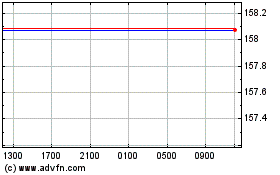