2.14
-0.020 (-0.93%)
リアルタイムデータ
マーケットオープン
2.14
Terra Users Heads Up, Why NEAR May Launch Native Stablecoin With A 20% APR
2022年4月8日 - 07:00AM
NEWSBTC
Crypto Insiders founder Zoran Kole revealed the possible launch of a Near Protocol native stablecoin. Via a substack post, Kole claimed the digital asset will be announce on April 20 as an algorithmic stablecoin called USN. Related Reading | TA: Terra (LUNA) Surges, Is It Eyeing A Correction Now? The digital asset will be deployed in cooperation with “other well capitalized stablecoins”, according to the post. At the time of writing, there seems to be no official announcement other than this post and speculation from the crypto community. Therefore, users might want to take this potential launch with a grain of salt. In addition to the USN allege launch, the stablecoin could possibly offer a 20% Annual Percentage Rate (APR) on a product similar to the Terra ecosystem’s Anchor Protocol. This product enables users to stake their stablecoins, in the form of Terra’s native UST, and leverage a 19% APR. If the launch is executed, Near could gain an edge against Anchor and similar products on the decentralized finance (DeFi) and centralized finance (DeFi) sector. Kole wrote the following on the implications of a native stablecoin on Near, as he argued in favor of a bullish thesis for this protocol: They will offer an extremely attractive ~20% APR, which will ignite DeFi capital rotation into the Near ecosystem, siphoning the total value locked from other alternative layer-one protocols. Data from DeFi Llama records a $29 billion in total value locked (TVL) for Terra. In contrast, Near records $300 million in total value locked (TVL). In terms of market cap, the contrast is similar as Terra stands at $40 billion and Near at $10 billion. Kole argues that the launch of an algorithmic stablecoin will contribute to Near increasing its market cap and surpass Terra. Near To Destroy The Competition Th USN revelation was part of a bigger study on the Near Protocol and its potential to take market share over its competitor in the long-term. Therein, Kole compared this protocol with a live version of the upcoming Ethereum 2.0. Kole believes Near is superior to ETH 2.0 and other layer-1 blockchains in terms of scalability, and incentives that could boost its adoption. Data shared by Kole from Electric Capital indicates that Near is one of the most active network in terms of development. As seen below, this network’s monthly active developers far surpass those on Cardano, Binance Smart Chain, Tezos, Avalanche, Terra, Algorand, Fantom, and Internet Computer. Kole believes this trend will continue as the network has the advantages of ETH 2.0 and its own Ethereum Virtual Machine (EVM) network. This will support the network’s growth in terms of activity and usage. Kole concluded: This will lead to a comparison of Near to Terra ($LUNA) as the narrative for attractive stablecoin yields proliferates. Terra currently has a market capitalization of approximately $40 billion while Near sits at $10 billion. The catalysts above will strengthen Near’s fundamentals in both the short and long term and likely cause its market capitalization to appreciate by 100% at minimum over the next few months. Related Reading | Terra (LUNA) Surpasses Ethereum Becoming Second Most Staked Asset At the time of writing, NEAR trades at $16 with a 1% profit on the 4-hour chart.
Terra (COIN:LUNAUSD)
過去 株価チャート
から 6 2022 まで 7 2022 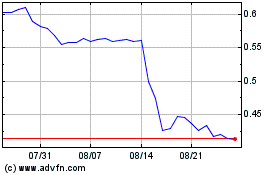 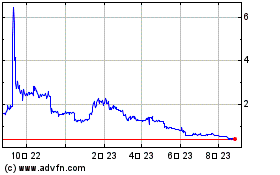 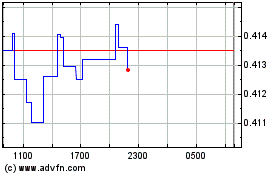