1.12
0.00 (0.00%)
リアルタイムデータ
マーケットオープン
1.12
Why Most Public Bitcoin Miners Have Performed Terribly In Their Lifetimes
2022年9月30日 - 08:00AM
NEWSBTC
Bitcoin public mining companies have been struggling along with the rest of the crypto market. With the decline in the price of bitcoin, these companies had seen their cash flow decline, driving come to the brink of bankruptcy. However, while it seemed like the losses that public BTC miners have incurred have happened in the bear market run, it goes back even father back. Bitcoin Miners Are Barely Profitable Public bitcoin miners, both large and small, had grown in popularity over the last year. Their stocks allowed investors to bet on the crypto market without having to buy any of the digital assets themselves. Thus, these public miners had seen millions of dollars in revenue. The problem comes from the ability of these companies to actually retain their earnings over their lifetime. Related Reading: Why Single-Digit Gains Is The Best Case Scenario For Bitcoin This September The retained earnings are how a company shows its total accumulated net income over its lifetime and looking at the financial statements of these public miners, they are less than encouraging. They shows that most public bitcoin miners have been unable to retain any of their net earnings since they were founded. An obvious problem with these miners have been how much of their earnings is being put towards administrative expenses. This report shows that compared to their counterparts in gold and oil & gas, bitcoin mines used an average of 50% of their earnings for administrative costs.  Public miners see in deficit | Source: Arcane Research Additionally, these companies had committed to extensive expansion plans during the bull market that has become harder to pull off in the bear market. This has translated to a steep decline in the retained earnings of most public miners. Are Any Mining Companies Profitable? Over time, there are some public bitcoin miners that have been able to go against the grain and have their retained earnings in the green even during these troubled times. One of those is the Argo Blockchain mining company. In a report by Arcane Research, Argo Blockchain is listed as the only public BTC miner with positive retained earnings of $26 million. The rest of the report paints a grim picture of the bitcoin mining industry. Related Reading: Is Short Bitcoin ETF Exposure Gearing Up For A Squeeze? Most of the companies had significant deficits of varying degrees throughout their lifetimes. The largest deficit was recorded by Core Scientific at $1.304 billion. The next in line is Riot Blockchain which had seen a significant deficit of $569 million over its lifetime. BTC holds above $19,000 | Source: BTCUSD on TradingView.com Others on the list included Marathon Digital, Hut 8, and Stronghold, with deficits of $357 million, $221 million, and $156 million, respectively. Two others, CleanSpark and Bitframs, came out with deficits of $154 million and $137 million. What this shows is that these companies are spending more money than they are making during this time. The numbers show that even during the bull market, when the cash flow for BTC mining machines was high, most of these companies continued to lose money. So investing in the stocks of these companies should be approached with caution and proper risk management.  Featured image from Blockchain News, charts from Arcane Research and TradingView.com Follow Best Owie on Twitter for market insights, updates, and the occasional funny tweet…
Flow (COIN:FLOWUSD)
過去 株価チャート
から 11 2022 まで 12 2022 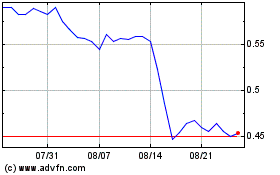 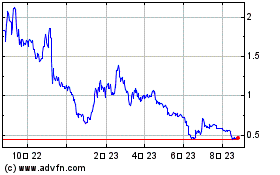 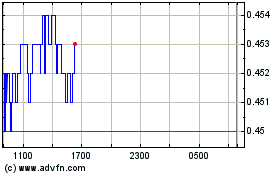