LDG is pleased to announce an investment of EUR18.5m (c.GBP15.9m) into Synsion TopCo Ltd ("Synsion Topco"), the private holding company of a group of companies (the "Synsion Group") formed by DBAY Advisors Limited ("DBAY"), the Company's investment manager, specifically to invest in SQLI S.A. (ENXTPA:SQI) ("SQLI") (the "Investment"), a leading pan-European digital transformation business. The Company is also pleased to announce its intention to initiate a further share buyback, additional details of which are set out below.

The Synsion Group is controlled by funds discretionally managed by DBAY (the "DBAY Funds") and currently holds 72.3% of SQLI, following a number of historical investments by the DBAY Funds made via the Synsion Group, culminating in a tender offer to SQLI shareholders, announced in September 2021. The Investment will be utilised by the Synsion Group to acquire an additional stake in SQLI at EUR44.25 per share and is expected to increase the Synsion Group's holding in SQLI by c.9%, to c.81.3%.

LDG's investment into Synsion Topco will initially be made by way of an EUR 18.5m loan, which will be converted into an approximate 11.1% equity interest in Synsion Topco corresponding to an see-through stake in SQLI of approximately 9% in due course. Synsion Topco's management accounts, for the period from date of incorporation on 16 July 2021 to 31 December 2021, reported unaudited net assets of EUR40.6m (c.GBP35.0m) and net losses of EUR278.9k (c.GBP240.4k).

The Investment is in excess of the threshold for individual investments (10 per cent. of NAV) set out in the Company's investing policy, therefore DBAY has sought and obtained LDG Board approval for the Investment.

Synsion Topco is an associate of DBAY, which, as LDG's investment manager and 25.58% shareholder, is a Related Party to LDG. Accordingly, the Investment is being treated as a Related Party Transaction pursuant to AIM Rule 13 and the independent directors (being the LDG directors excluding Peter Nixon, who is a DBAY appointee), having consulted with Strand Hanson as the Company's nominated adviser, consider the terms of the Investment to be fair and reasonable insofar as the shareholders are concerned.

Accordingly, the Company intends to seek shareholder authority to acquire additional Ordinary Shares in the market, up to an amount representing approximately 20% of the Company's issued share capital (the "Further Share Buyback"), which the Board believes may serve to reduce the observed discount to NAV per Ordinary Share. The Board expects to limit the total consideration for the Further Share Buyback to GBP15.0m.

Accordingly, the Company will apply to the Takeover Panel for a waiver from the obligation for the Concert Party to make a general offer that would otherwise arise as a result of the Further Share Buyback, subject to the approval, on a poll, of independent shareholders (the "Whitewash Resolution"). Accordingly, with the consent of the Takeover Panel, the Whitewash Resolution will be proposed at a General Meeting and will be taken on a poll at a General Meeting, notice of which will be set out in the Circular to be distributed to shareholders in due course.

Further announcements will be made as and when appropriate.

This information is provided by RNS, the news service of the London Stock Exchange. RNS is approved by the Financial Conduct Authority to act as a Primary Information Provider in the United Kingdom. Terms and conditions relating to the use and distribution of this information may apply. For further information, please contact rns@lseg.com or visit www.rns.com.

RNS may use your IP address to confirm compliance with the terms and conditions, to analyse how you engage with the information contained in this communication, and to share such analysis on an anonymised basis with others as part of our commercial services. For further information about how RNS and the London Stock Exchange use the personal data you provide us, please see our Privacy Policy. 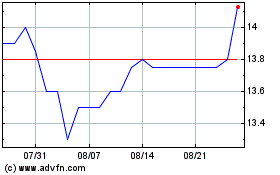 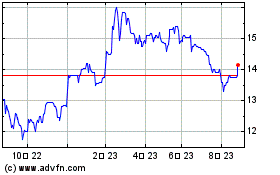 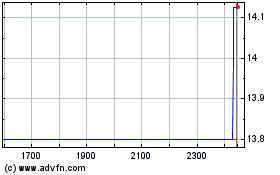