The U.S. dollar was lower against its most major opponents in the European session on Wednesday, as the nation's private sector job growth slowed more than expected in November and investors focused on a speech by U.S. Federal Reserve Chair Jerome Powell for more clues about the future path of monetary policy.

Data from the payroll processor ADP showed that private sector employment increased by 127,000 jobs in November after surging by an unrevised 239,000 jobs in October.

Economists had expected employment to jump by another 200,000 jobs.

Powell is scheduled to deliver a speech about the economic outlook and inflation at the Brookings Institution at 1:30 pm ET.

The Fed chair is expected to reinforce expectations for a slower pace of rate hikes from December amid signs that U.S. inflation is peaking.

The greenback was down against the euro, at 1.0392. Next key support for the greenback is possibly seen around the 1.05 level.

In contrast, the greenback firmed against the yen, touching a 6-day high of 139.68. The greenback is likely to find resistance around the 142.00 level.

At 1:30 pm ET, Federal Reserve Chair Jerome Powell will deliver a speech about the economic outlook, inflation, and the labor market at the Brooking Institution, in Washington DC. 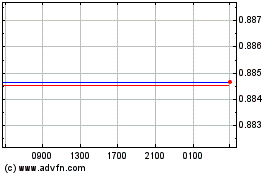