The Japanese yen dropped against its major counterparts in the Asian session on Thursday, amid higher U.S. treasury yields and growing monetary policy divergence between the U.S. Federal Reserve and the Bank of Japan.

The dollar index rose on expectations that the Federal Reserve will continue to raise rates aggressively to tackle high inflation.

The Fed is expected to deliver a third consecutive 75 basis-point rate hike when it meets next week.

In contrast, the BoJ is committed to maintain an ultra-loose monetary policy in a bid to support the economy.

Looking ahead, at 8:15 am ET, Canada housing starts for August are scheduled for release.

U.S. retail sales, import and export prices and industrial production, all for August, as well as weekly jobless claims for the week ended September 10, business inventories for July and New York Fed's empire manufacturing survey for September will be out in the New York session. 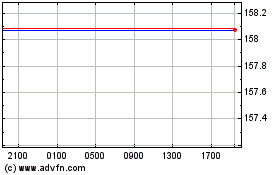