0.192
0.00 (0.00%)
リアルタイムデータ
マーケットオープン
0.192
Why IOTA Was Chosen By The European Union To Develop Blockchain Solutions
2022年1月15日 - 07:00AM
NEWSBTC
IOTA was selected as one of the projects that will take part in the European Union Blockchain Pre-Commercial Procurement. The platform will be competing with four projects in a second round for this EU program for a chance at improving the European Blockchain Services Infrastructure (EBSI). Related Reading | IOTA Smart Contracts Enter Beta Phase To Circumvent Network Flaws Announced by the IOTA Foundation (IF), the network has reached stage two out of three after it was selected from around 35 applicants. This second phase will last around six months, per the announcement, and will have a special focus on research, development, and lab testing. The IOTA Foundation will receive support from the European Commission in order to investigate and develop “blockchain innovations in the context of testing how future evolutions of EBSI could evolve towards a more scalable, energy-efficient, secure and interoperable architecture”. In that sense, the IOTA Foundation revealed that it will partner with Software AG to implement the developed solution. After, the EU Commission will launch an evaluation phase to test the results of its program’s second phase and the progress each participant has accomplished. The IF added the following: (…) based on this evaluation, a minimum of three projects will be selected to move on to Phase 2B, final solutions development and field testing, which is expected to last another year. Therefore, the non-profit organization will start testing blockchain solutions based on IOTA, specifically they will test a use case for digital product passports for digital waste recycling and a cross-border management of IP rights, the announcement said. Besides Software AG, the IF will rely on other partners and will attempt to growth its partner network. In the past, the organization has worked with major companies from around the world to help them develop multiple use cases. This includes software giant IBM, Dell Technologies, Jaguar Land Rover, and others. IOTA To Power EU Supported Blockchain Solutions? In its final stage, the EU program will require projects to field test the capabilities of their proposals. The IF claimed to be “excited” about its role on this European driven initiative and added: We very much support the strategic focus placed by the European Commission on blockchain and distributed ledger technology as a driver for innovation and growth. We are privileged to be part of this pre-commercial procurement procedure to develop a Europe-wide infrastructure based on blockchain and DLT for use in public services (…). IOTA will dedicate resources to develop solutions and use cases on Scalability, and the implementation of sharding on the EBSI infrastructure. The objective is to improve the protocol’s scale capabilities to onboard and support the users that will leverage the EBSI network. The IF will attempt to develop its sharding solution with a “root network” approach. In other words, a main network will be connected to a series of leaf or branch smaller networks. In addition, the organization will work on its consensus and governance mechanism, its interoperability, and potential to implement identity solutions. Related Reading | IOTA to Release Smart Contract Network ‘Assembly’ And Distribute ASMB Token At the time of writing, IOTA trades at $1,11 with a 1.9% loss in 24 hours.
IOTA (MIOTA) (COIN:IOTAUSD)
過去 株価チャート
から 12 2022 まで 1 2023 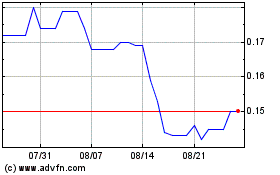 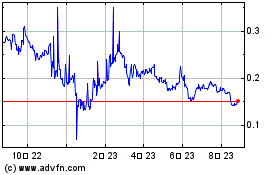 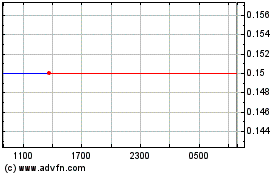