26.35
1.13 (4.48%)
リアルタイムデータ
マーケットオープン
26.35
Bitcoin Institutional Outflows Near One-Year Highs, More Downside Coming?
2022年5月5日 - 08:00AM
NEWSBTC
With the price of bitcoin still trading below $40,000, institutional inflows into the digital asset have slowed significantly. This has now flowed into other digital assets in the space. But what is most significant is the outflow rate which has neared one-year lows. Bitcoin Outflows Grows For the past couple of weeks, the rate at which institutional investors have been pulling money out of bitcoin has been on an accelerated timeline. This is what has culminated in the outflows that were recorded for the digital asset last week. In the space of a week alone, bitcoin had seen the majority of outflows from the market, which had come out to $120 million for the past week. These outflows had put it dangerously close to its one-year outflow record that was set back in June 2021, at $133 million leaving the digital asset. Related Reading | ADA On Discount? Cardano Whales Go On $200M Shopping Spree It was not the only asset to suffer outflows for the week though. Blockchain equities that had mainly been resistant to the outflow trend had finally succumbed. It had seen a total of $27 million left as negative sentiment continues to grow among institutional investors.  Ethereum also continued the outflow trend. A total of $25 million had left the digital asset, bringing its year-to-date outflows to $194 million.  BTC trending at $38,000 | Source: BTCUSD on TradingView.com This marks the 4th consecutive week of outflows in the market. It now sits at a total of $339 million that has left the market in this 4-week period. It also reflects a generally bearish sentiment that is being felt across the market as the Fear & Greed Index had dived into the extreme fear territory. Despite this overwhelming negative sentiment, not every digital asset in the space had suffered the same fate. FTX Token came out as the unlikely winner of the week by bringing in the largest inflows. The digital asset spearheaded the inflow trend with a total of $38 million moving into the asset last week.  Related Reading | Experts Say Ethereum Will Grow 100% To Hit $5,783 By Year-End Other large altcoins mainly followed this trend through with big players such as Terra and Fantom. Although these digital assets had not done nearly as well as FTX Token but had seen inflows regardless. It had come out to $0.39 million and $0.25 million recorded respectively for both.  Bitcoin still remains an investor favorite despite the inflows though. It continues to hold steady at the $36,000 to $38,000 support level. Its price had briefly recovered above $39,000 in the early hours of Wednesday before declining to be trading at $38,935 at the time of this writing. Featured image from MARCA, chart from TradingView.com
FTX Token (COIN:FTTUSD)
過去 株価チャート
から 6 2022 まで 7 2022 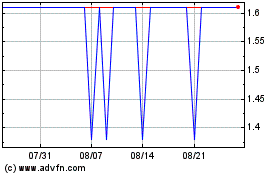 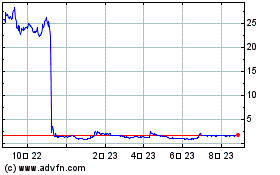 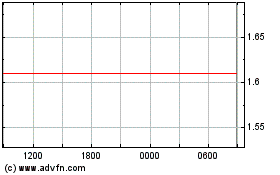