1.11
0.00 (0.00%)
リアルタイムデータ
マーケットオープン
1.11
WATCH: Bitcoin Bear Market Corrective Patterns Examined | BTCUSD September 14, 2022
2022年9月15日 - 05:15AM
NEWSBTC
In this episode of NewsBTC’s daily technical analysis videos, we examine two bear market corrective patterns in Bitcoin price according to Elliott Wave Theory. Take a look at the video below: VIDEO: Bitcoin Price Analysis (BTCUSD): September 14, 2022 After yesterday’s CPI report, Bitcoin is once again on the ropes. At this point, we need to consider the potential of another downside move if support fails. In yesterday’s video, it was mentioned we would be reviewing two potential corrective patterns according to Elliott Wave Theory to provide a bullish and bearish scenario. Related Reading: WATCH: Bitcoin Brutalized After August CPI Data Release | BTCUSD September 13, 2022 The Bullish Scenario For BTCUSD The bullish scenario has the current support level holding. In this case, the pattern would more than likely be a double-three correction, with a zig-zag correction during wave Y.  During a complex correction in Elliott Wave, other patterns like flats, triangles, and zig-zags can connect. When drawing such corrections, the larger correction is drawn using WXY, while each sub-correction is labeled with a more familiar ABC. Adding potential credence to this type of correction, price will have found support at precisely the 0.764 Fibonacci level which is a common termination point for certain types of Elliott Wave corrections. Quite the dump the second CPI numbers were released | Source: BTCUSD on TradingView.com The Bearish Breakdown Version In the bearish version, we will have what is more than likely an expanded flat pattern. An expanded flat is a larger ABC pattern, with a five-wave impulse down during wave C. This would give us one more level down to find support much lower. A deeper correction in Elliott Wave can alternatively terminate at the 0.854 Fibonacci. The level is also similar to the 1.414 Fibonacci extension taken from the length of the A wave. The ultimate target would be between $13,500 and $14,800 before a possible reversal. The weekly buy signals are now at risk | Source: BTCUSD on TradingView.com Related Reading: WATCH: Bitcoin Weekly Chart Fires Bottom Signals At Open | BTCUSD September 12, 2022 Why Bitcoin Could Have Another Bull Run Left As long as Bitcoin price doesn’t close a weekly candle below $11,500, according to an Elliott Wave motive wave setup, we should have one more wave up to go.  In conclusion, Bitcoin price has a 50/50 chance of correcting further, but a much higher probability of reversing to new highs once the current correction has ended regardless of its termination point. The long term view on Bitcoin remains bullish. Will BTC close above $40K to end the year? | Source: BTCUSD on TradingView.com Learn crypto technical analysis yourself with the NewsBTC Trading Course. Click here to access the free educational program. Follow @TonySpilotroBTC on Twitter or join the TonyTradesBTC Telegram for exclusive daily market insights and technical analysis education. Please note: Content is educational and should not be considered investment advice. Featured image from iStockPhoto, Charts from TradingView.com
EOS (COIN:EOSUSD)
過去 株価チャート
から 12 2022 まで 1 2023 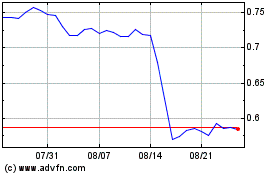 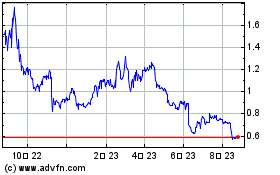 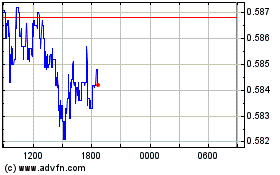