10.56
0.600 (6.02%)
リアルタイムデータ
マーケットオープン
10.56
Time To Buy SushiSwap (SUSHI)? Here Are The Levels To Watch
2022年11月3日 - 10:40PM
NEWSBTC
Besides the current market darling Dogecoin (DOGE), Polygon (MATIC) and Arweave (AR), driven by the Meta announcement, are attracting the most interest today. Flying somewhat under the radar at the moment is SushiSwap (SUSHI), which should be no less interesting in the coming weeks. As Will Clemente, Co-Founder of Reflexivity Research recently tweeted, SUSHI is currently “the cleanest trading sh*tcoin I’ve ever played. Whoever is market making this, 10/10 job.” As the respected analyst stated, he prefers the $1.50 to $1.55 level for a buy, as there is a confluence with large bids on Binance and liquidity levels for late longs. Related Reading: Polygon (MATIC) Fails To Reclaim $1 Again; Here is Why Bulls Need Caution The hourly chart currently reveals that the SushiSwap token has broken the important $1.65 level on the downside in the 1-hour chart., making it vulnerable for further downside. However, on the daily chart, the SUSHI price is still in an ascending channel. If the trend holds and a bounce occurs in the $1.55 area, the next big target could be the 5-month high at $2.00. If SUSHI manages to retake this mark as well, all eyes could be on $2.75. Fundamentals Backing The Case For SUSHI The fundamentals support the thesis of a continued upward trend for SUSHI. Thus, the decentralized crypto exchange SushiSwap has recently approved a restructuring. The Sushi DAO community has approved the plan of establishing 3 companies for a new DAO. This was necessary after the Ooki DAO was targeted by the US Commodity Futures Trading Commission (CFTC) on September 22 for alleged violations of US investment laws. As a result, SUSHI’s price fell below $1.50. The restructuring thus removed the regulatory uncertainty that had burdened the price. Related Reading: Bitcoin Whales Worth $3.8 Billion Emerge As Price Aims for $21k Very bullish in early October was also the news that asset manager GoldenTree took a $5.3 million stake in SushiSwap. Subsequently, the SUSHI token soared by 13%. As Clemente explained after the announcement at the time, SushiSwap has made a positive turnaround after some negative news. First, a new chief executive, Jared Grey, was hired. Next, $50B asset manager GoldenTree placed its bet on SUSDHI and expressed their commitment with a post on the Sushi forum. Clemente therefore believes: Aside from the assumption that the brilliant Avi Felman and Goldentree will do everything in their power to not let their first major public crypto position go bust, I think this offers an interesting asymmetric opportunity for Sushi. If Goldentree orchestrates 1 positive change, the market will extrapolate that they’ll make several more. Make 2 changes and the market will extrapolate out even further. This could create a reflexive effect for the Sushi turnaround narrative.
Arweave (COIN:ARUSD)
過去 株価チャート
から 12 2022 まで 1 2023 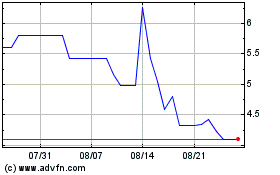 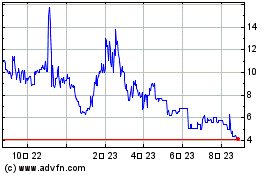 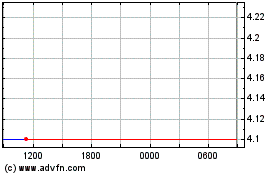