American Rare Earths Limited (ASX: ARR, OTCQB: ARRNF, FSE: 1BHA) (ARR or 'the Company') is pleased to announce highly promising results from recent exploration drilling at its flagship La Paz project in Arizona. In April 2022, the Company drilled nine exploration holes at 2,692 feet and collected 677 samples. An initial report indicates that a significant portion of those samples exhibit rare earths mineralization. A more detailed report, including data tables and disclaimers, can be reviewed in the announcements section at https://www2.asx.com.au/markets/company/arr.

Rare Earths are a group of 15 elements plus scandium and yttrium. They are critical to national security technologies thus the US Government has made significant moves to encourage onshoring the supply chain, in hopes of taking control away from communist China. Notable initiatives have been funded in the National Defense Authorization Act and the Bipartisan Infrastructure Act. Currently, there are eleven resolutions moving through the House of Representatives and seven Senate bills focused on supporting American rare earths and critical minerals supply chains.

The market driver for rare earths raw material is the reduced-carbon energy and transportation future. Rare earths (REEs) are the constrained input for making motors for electric vehicles. Every major vehicle manufacturer is dependent on motors containing rare earth permanent magnets to turn electricity in to motion. Offshore wind turbines are equally dependent as they turn motion into electricity. With no meaningful recycling volume possible and demand projected to more than double this decade, new domestic rare earths mining projects are few but critical.

Next Steps in Arizona

Due to the promising results, the company will accelerate its exploration plans to expand the current JORC compliant resources at La Paz. Pending permit approvals, more exploration drilling could happen as soon as late 2022.

CEO Chris Gibbs commented: “We are very excited by these results from the drill program at the La Paz Southwest zone. They confirm our exploration target potential and reinforce our view that the newly discovered, mineralized zone has significant potential to expand our current JORC resource. An upgrade gives La Paz the potential to be one of the largest rare earths projects in North America.”

Competent Persons Statement: The information in this document is based on a company memorandum entitled “Preliminary Assay Results for La Paz SW”, June 2022, compiled by Ms. Brianna Crenshaw and Mr. Dwight Kinnes (Society of Mining Engineers #4063295RM) employed by Western Rare Earths and American Rare Earths. This memorandum has been reviewed and approved for release by Mr. James R. Guilinger. Mr. Guilinger is Consulting Geologist at World Industrial Minerals LLC. Mr. Guilinger is a Qualified Professional Member (QP) #01260280RM of the Society of Mining Engineers (SME) and has sufficient experience which is relevant to the style of mineralization and type of deposit under consideration and to the activity which he is undertaking to qualify as a Competent Person as defined in the 2012 JORC Code. Mr. Guilinger consents to the inclusion in the report of the matters based upon the information in the form and context in which it appears.

About American Rare Earths: American Rare Earths Limited (ASX: ARR, OTCQB: ARRNF, FSE: 1BHA) is an Australian company listed on the ASX and the US OTC markets with assets in the growing rare earth metals sector of the United States of America, emerging as an alternative international supply chain to China's market dominance of a global rare earth market expected to expand to US$20 billion by 2030. The Company's mission is to supply Critical Materials for Renewable Energy, Green Tech, Electric Vehicles, National Security, and a Carbon-Reduced Future.

Western Rare Earths (WRE) is the wholly owned US subsidiary of the Company. ARR owns 100% of the world-class La Paz rare-earth Project, located 170km northwest of Phoenix, Arizona. As a large tonnage, bulk deposit, La Paz is potentially the largest, rare-earth deposit in the USA and benefits from containing exceptionally low penalty elements such as radioactive thorium and uranium. ARR’s other major project is Halleck Creek in Wyoming that recently completed a maiden exploration drilling program.

A photo accompanying this announcement is available at https://www.globenewswire.com/NewsRoom/AttachmentNg/e1051c02-c984-477f-87c6-cb7cb3eb9d32 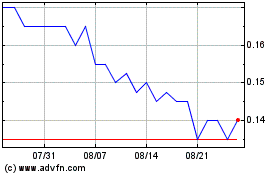 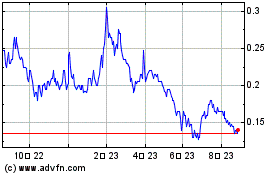 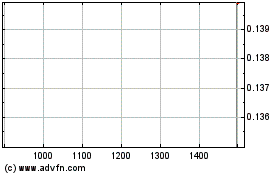